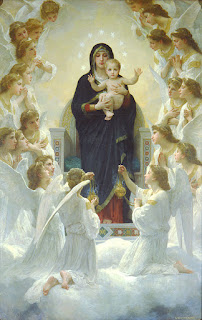 With this final offering, we come to the end of our journey through 19th-century French painting. I hope you have enjoyed it.
Posted by rfdarsie at 9:32 AM 19 comments: 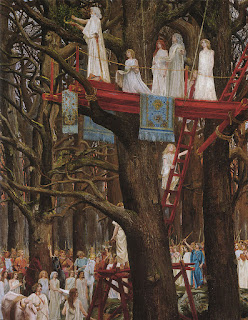 Henri-Paul Motte: Druids Cutting the Mistletoe on the Sixth Day of the Moon

During the Druid celebration of the Winter Solstice, the dark force Mean Geimhridh weakened in its battle against the sun as the days began to lengthen. When darkness gave way to the first rays of light, bonfires were lit in fields, crops and trees charmed with prayers and huge feasts prepared in barns.

On the sixth day of the moon, the first day of the Celtic month, the Yule time All-Heal ritual was performed. Dressed in ceremonial white robes, the Druid priest and priestess cut the mistletoe from the tree with a golden sickle. This mysterious evergreen plant is sacred to the Druids. Found embedded in ancient oaks, apples and poplars, suspended mid-way between heaven and earth, it symbolises a gateway to another world. A spray was given to every family to hang in their homes to intensify spells and prayers, to protect the inhabitants and induce beautiful dreams. Beneath it, a kiss of peace was exchanged.

Henri Motte was a student of Jean-Léon Gérôme, exhibiting for most of his life at the Salon des Artistes Français in Paris. He specialised in historical and mythological paintings such as Hannibal Crossing the Rhone and Vercingetorix Surrendering to Caesar, receiving a bronze medal at the 1900 Universal Exhibition in Paris. He was awarded Chevalier de la Légion d'Honneur in 1892. [Leicester Galleries]
Posted by rfdarsie at 10:03 AM 3 comments: 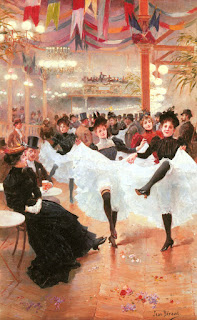 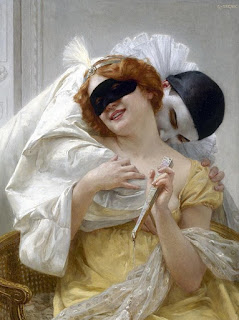 Guillaume Seignac: Pierrot’s Embrace
Posted by rfdarsie at 11:44 AM 3 comments: 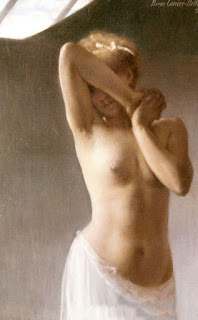 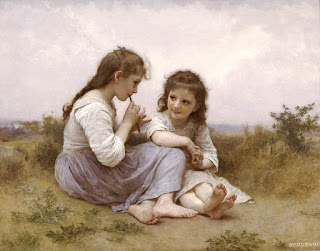 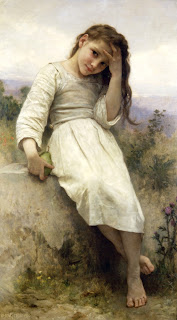 William Bouguereau: The Little Marauder
Posted by rfdarsie at 10:21 AM 2 comments: 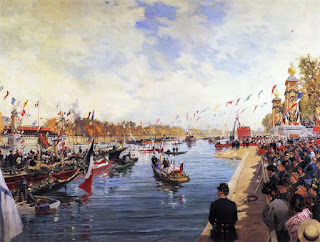 Pierre Louis Vauthier: Inauguration of the Premier, Pierre du Pont Alexandre III,
On the Occasion of the Universal Exposition of 1900